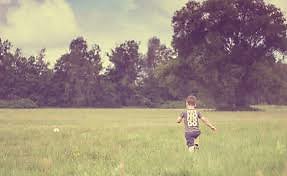 Counselling falls under the umbrella term ‘talking therapies’ and allows people to discuss their problems and any difficult feelings they encounter in a secure and understanding environment. The term can mean different things to different people, but in general it is a process people seek when they want to change something in their lives or simply explore their thoughts and feelings in more depth. The unique relationship created by "talking Therapy" gives you time to talk, think and emotionally connect with the issues that are stopping you from living a full and happy life.

A counsellor is not there to sit you down and think for you by telling what to do - instead I will encourage you to talk, think and feel about what's bothering you in order to uncover and identify the origin of your specific own ways of thinking. We will then look together at creating a plan of action to either help you reconcile with your difficulties and recognize them as an opportunity to reconnect and rediscover the meaning and joy in your life.


Counselling is the process that occurs when you and I counsellor set aside a specific time in order to explore difficulties in life which may include stressful or emotionally difficult event in your life. Counselling is a relationship of trust so confidentiality between you and myself is paramount to successful counselling. As our relationship grow the counselling process will start to form.
During the counselling process I will work with you to see things more clearly, to focus and explore your feelings, experience or behaviour with the goal of facilitating positive change.

It is a well known fact that men are often reluctant to go to counselling or therapy.
Many men leave getting help for their problems right up until the last minute. Too often, boys and men would prefer not to admit they have a problem that might benefit from talking through with someone else. In an attempt to mask feelings of inadequacy, boys and men often turn to denial, anger or even substance misuse or addictions like pornography. If they are lucky they go into Alcoholics Anonymous, Gamblers Anonymous, Relate, or go into counselling. Others aren’t so lucky and end up with broken marriages, relationships ending, or homelessness, or worst case scenario committing suicide.

Statistics from the counselling and psychotherapy profession report that men make up anywhere from less than 20 per cent (BACP) to around one-third of those seeking help through counselling and psychotherapy, and yet it appears that men suffer distress as often and in similar ways to women. In fact, where suicide is concerned, there is a worldwide phenomenon of higher suicide rates among men of all age groups. Although for a long while in the UK male suicide rates had been falling, the most recent figures from the Office for National Statistics report that in 2015 male suicide rates were the highest they have been since 2001. Indeed, at no point during the past 34 years have the rates of suicide been higher for women than they have been for men.

What can you expect during our sessions?
click
©2022 Marc Dubreuil is powered by WebHealer
Cookies are set by this site. To decline them or find out more visit our cookie page

©2022 Marc Dubreuil is powered by WebHealer
Cookies are set by this site. To decline them or find out more visit our cookie page